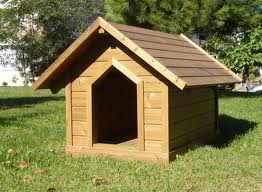 When you study history of Diriliş Kangal Köpek Çiftliği  Dogs, you could not find any documents about them. There are several rumors about Kangal dogs; According to one rumor, the dog was derived from lion and tiger during Assyrian and Babillonian periods and were petted in order to provide protection against wild animals and use in wars and were grown up with great care, just like any Anatolian Shepherd Dog.
According to another rumor, the first Kangal was given to the Ottoman Sultan (Yavuz Sultan Selim or Murat IV) by an Indian Maharajah. The dog fought with the lion in the palace and killed it. Thus the sultan was considerably interested in it. When the army went for an attack and arrived in Kangal ALTINYAYLA Diriliş Kangal Köpek Çiftliği  nearby Sivas, the dog got lost, and that the species of dog in Kangal was derived from this lost dog.
Evliya Celebi mentions this dog describing it as strong as a lion in his inscription in the 17th century. It is believed that the dog was brought to Anatolia by the Ottomans and the Shepherd species in Europe were derived from this species when Ottomans invaded Europe. From Ottoman archives, one can find the dog mentioned as it was grown up with great care.
The long lifespan of Kangal is because of its being loyal friend to farmers breeding sheep and being the best dog species in fighting with wolves. Kangal dogs can do their duties under the harshest climatic and working conditions, and they don’t recognize the meaning of fear. Care and feeding conditions are easier and simpler.

Kangal Shepherd dogs have a fair reputation in Turkey and around the world. Particularly in England and in the USA several associations have been established by lovers of this species, and several competitions have been held. Unfortunately while people abroad have shown great interest to Kangal species, Turkey has not done the same until lately.
Kangal Shepherd dogs are very brave, quick and agile. They are quite good to women and children and quite a dissuasive weapon against bad people as they are intelligent and strong insights and are faithful to their owners. When they are scolded by their owners they are ashamed like a child, look so sad and innocent for begging their owners to forgive their mistake. They show their feelings not only through position, behaviors, mimics and gestures but also in various tones of barking.
Kangal dogs are so loyal to their duties that it is said that they wait for days to keep the sheep leaving the herd without having food and water. Despite lasting for centuries, they have not lost anything from their blood qualifications or high spirit. They are highly blood noble. They never mate with any other dog species even when they are free. They were started to be trained for military and law enforcement use in 1975 and it has been proven that they have better and more skills than other dog species being trained for military missions for centuries.

The characteristics of a good Kangal dog

How can you have one?

You can purchase young Kangal dogs fed and grown up under control of vet with full vaccination in production farm under control of Union of Taking Services to Rural Areas (Villages) of Kangal Governor Office – Sivas. Please be noted that there are strict rules for foreigners taking Kangal’s out of the country, a special permission has to be taken.